A Quick Response code, commonly known as a QR code, is an image containing scannable information. In the context of Bitcoin and Counterparty, QR codes usually represent Bitcoin addresses. (Although private keys can also be displayed as QR codes for paper wallets as well.) QR codes make it easier for users on mobile devices to send BTC, XCP, or user-created assets to your address by using the built-in camera of their device.

It is also a great way to display a Bitcoin address on a poster or sign. Someone passing by will only need a camera or phone with a camera (even low resolution will do) in order to save your address for later payment. And if they have a Bitcoin wallet on their device, they will be able to send money immediately.

In Counterwallet, the QR codes always represent your public address. You can make the QR code of an address public, just as you would with the regular address.

To display the QR code for your address, simply click address actions. 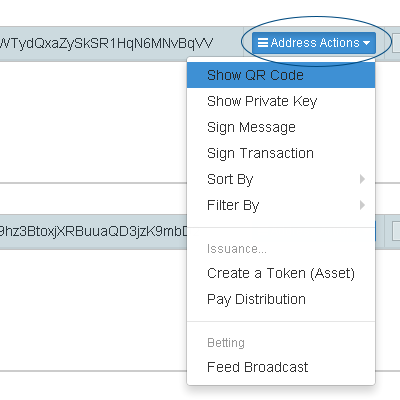 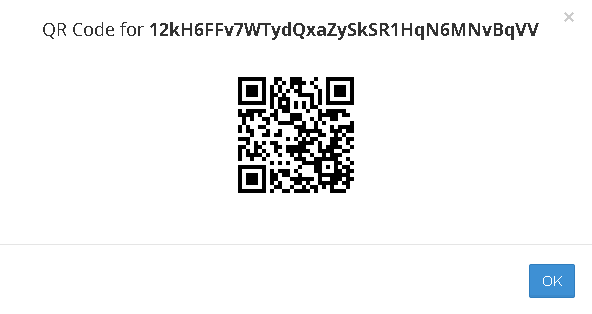