We welcome the new year and the first newsletter of 2018 with a few important updates from Counterparty and projects in the community.

Sarutobi Island expands on updates provided last month as lead developer and community member Christian Moss, released a demo video featuring Bondy. Bondy; a representative of Japanese charity Kizuna, is shown in this mini-game preview, to illustrate to users, the functionalities of purchasing the token as part of fundraising and partaking in the charity’s efforts.

More recently in the Sarutobi Universe, Moss discussed via his medium publication, the concept of implementing lightning networks in his latest incarnation of Sarutobi. With exciting prospects for the Counterparty community laid ahead within this project, the article itself neatly lays out the parameters of the lightning network’s strengths and shortcomings, and just how, exactly, Mandel Duck aspires to utilize both in Sarutobi Island’s future via payment channel games.

Recently, Mandel Duck implemented the use of the lightning network via testnet in his other application – Takara.

Takara is a geocaching app that allows users to drop and collect bitcoin across the world, solving clues along the way. Check out the demo here:

Book of Orbs continues work on its web application as it welcomes a new game into its wallet environment.

Skara The Blade Remains is a competitive, team-based game, set within the realms of high fantasy. The game also acts as the first Ethereum based game in Book of Orb’s wallet. Although, at this time, trading within the app is open to SKARAT and not the token – SKT. SKARAT – aka – cosmetic based in-game items, can be traded with BitCrystals. It is important to reference that Book of Orbs conceptualized multichain support long ago.

Spells of Genesis’ offers further information on Skara’s new collaboration with Book of Orbs this past month. As Spells of Genesis and Book of Orbs are held under parent company Everdreamsoft and Skara trades within the wallet environment using BCY – Spells’ premium in-game and on-chain currency, it was the game’s blog that announced the collaboration. With an open-alpha currently available for users to play on PC, Skara held a token sale (SKT) and is currently on-going to launch the game onto the blockchain network. A beta release is expected late January/ early February 2018.

In other Spells of Genesis news, the game has now enabled push notifications to make the player experience more efficient.

Augmentors concluded their pre-alpha testing in recent weeks and focused on feedback that will lead into 2018 whilst still tracking against their original timeline (as roadmapped). In their yearly review, announcements were made for a much larger alpha release to be expected. Alongside opening the game to a bigger community, users should expect a social mode and blockchain integration, as part of the many gaming features to be explored.

In their first update of the new year, Augmentors introduced users to 5 new characters, of which players will choose from upon entering the game, and they shall be known as each player’s first Augmentor. Each character will be customizable with spells and skins to make them unique to other users.

More details and updates from the Augmentors team can be found via their medium publication.

Age of Rust offers a significant update this month. Whilst developers continue to work hard on a beta release of the game; expected to wrap up in the next week or so, series 2 of Age of Rust’s cards are also due to be released soon – its beta release will be the first to feature blockchain cards. There will hints in-game to allow users to decide which card will be needed to allow them to progress further. 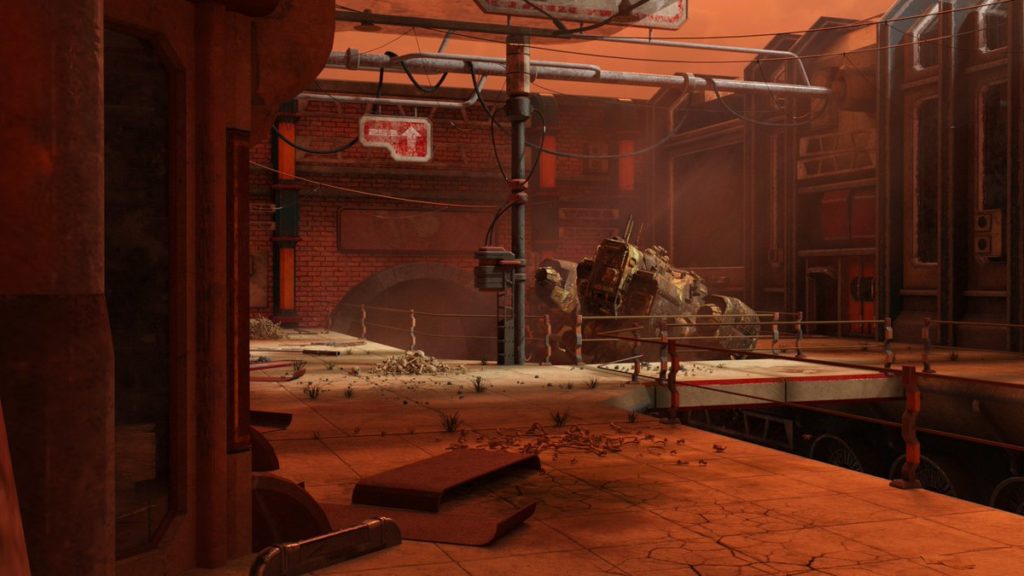 Furthermore, beta gameplay is due to be enhanced with voice over and sound mixing which is soon to be completed as the game is to be released in chapters with additional segments following thereafter.

Age of Rust’s latest medium update provides a lengthy update on the narrative progression of the game as well as providing significant differences between beta and alpha releases of the game. Alongside some significant upgrades to the game’s artwork, you can check out the rest of the update here.

FoldingCoin, a rewards scheme implemented via the Counterparty protocol, given to contributors of Stanford’s ‘Folding@home’ distributed computing project – has recently moved away from slack to their own Discord channel, in a response to the intense spambot situation affecting many counterparty projects.

Furthermore, the project has most recently launched a revamped website – offering more ease-of-navigation for those interested in the project. In our recent Counterparty Hangout, FoldingCoin joined to discuss at length their ethos. Notably, it’s important to highlight that you can partake in the ‘Folding@home’ project with the simplest of chrome plugins. Further improvements to the Counterparty protocol should further ease this process also. Check out our Counterparty Hangout and join into FoldingCoin’s discussion at [00:52:20].

Other updates from FoldingCoin include the release of an updated version of FoldingBrowser software, alongside progress towards the organization of a giveaway to incentivize lower end Folders.

Coval, as mentioned in the last few newsletters, continues to progress with further developments from its Emblem Vault. Beyond plans to update the site and app with further tech and documentation, Coval seeks to conceptualize integration with ‘Lightrail’ – an account based gift card and promotions company. In their proposed pilot program, the gap between fiat and crypto would be somewhat bridged as the medium article proposes supporting consumer currency through the Emblem Vault.

Further down the line, is the proposed launch of the Emblem market, in which physical items will be sold – such as those to support cold wallets.

To learn more, check out the article here.

Blocksafe, a project that utilizes the Counterparty protocol via its $Triggers tokens to facilitate its functionality, has recently celebrated the news that its tokens can now be traded on Binance. Furthermore, with a busy year ahead, the Blocksafe Foundation has also published an extended roadmap for the coming months; including regular AMAs. 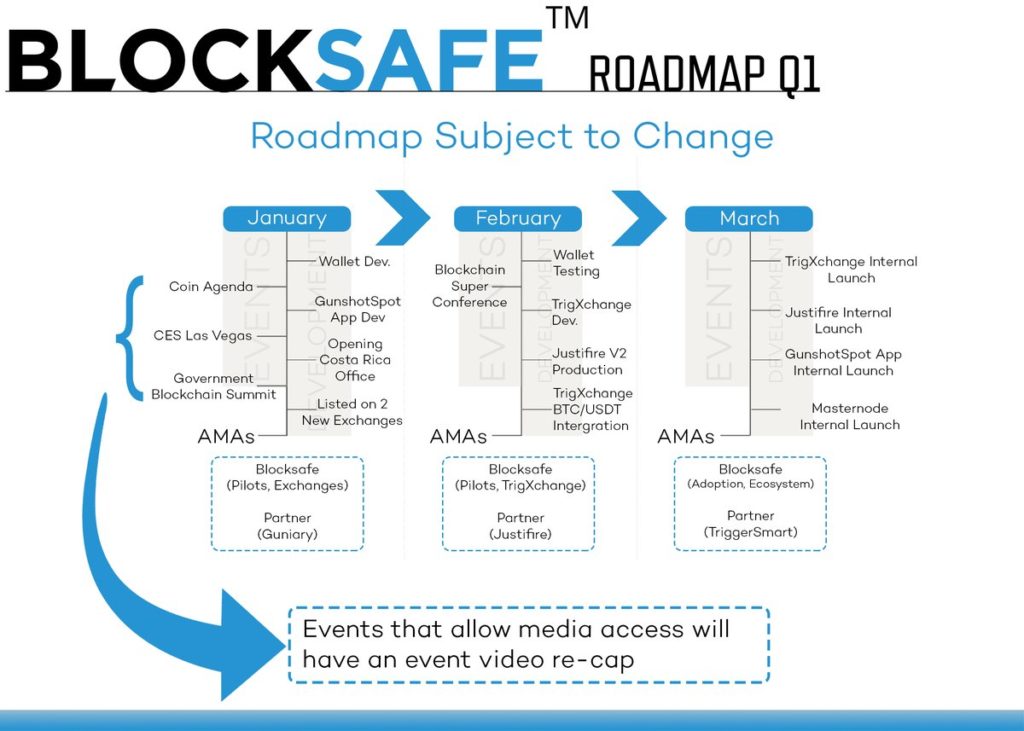 A result of December’s AMA revealed that the Triggers Wallet launch date is estimated to launch at the end of 2018’s first quarter.

In other news, the Blocksafe Foundation has also recently announced plans to launch ‘AMMO’ – a rewards program for its users. A white paper is pending publication.

Indiesquare, the developer behind Book of Orbs, has implemented the RBF; (replace by fee function) mentioned in last month’s Book of Orbs news, allowing users to resend a transaction with a higher fee, into their API and is expected to be going live early this month. Indiesquare developers are also exploring implementing segwit functionality into their API allowing users to experience a 40% reduction in transaction fees.

On behalf of Indiesquare, developer Christian Moss has also successfully achieved an atomic swap between XCP and BTC via testnet and is now looking towards achieving the same between XCP and MXP (Monaparty XCP); in an effort to explore cross-chain token exchanges.

Indiesquare has also released Ethereum based Software Developer Kits (in relevance to its relationship with Book of Orbs).

The Counterparty Foundation has voted to dissolve the foundation, returning Counterparty to a purely open-source project with no governing body or general fund. Development will continue to be funded via CIPs and bounties. Anyone who donated funds to the Counterparty ‘General Fund’ address (7 people) is able to request a refund in the next 60 days by sending an email to refund@counterparty.io. You can read the details of this decision and how this affects things moving forward over at counterparty talk.

Counterparty in the News:

In Counterparty news, Jon Southurst recently published an article regarding discussions to fork the Counterparty protocol. You can hear from current Counterparty contributor Shawn Leary in the article. At this point in time, Counterparty continues with its outlined roadmap of improving the protocol. We thank the community for its loyalty and generosity at this time. Any discussion is welcome in our social forums as listed below.

In other news, Counterparty Contributor John Villar was interviewed recently at the Latin America Bitcoin and Blockchain conference (2017), and as the co-founder of Pepecash, it was rightly so that issues surrounding our green friend, counterparty assets and the protocol were brought up.

With positivity, Villar not only mentions the exciting premise of Rarepepe.party but highlights the significant scalability upgrades soon to be implemented within the counterparty protocol. Check out the article and video interview here.

Finally, Blockfreight; an open-source network designed to enhance the logistics behind the global shipping industry is due to launch the Counterparty Protocol on the Bitcoin Cash Blockchain. You can learn more about the announcement here or view discussions here.

As of December 29th, 2017, Devon Weller exited Counterparty as a developer but we wish him well with all of his ongoing and future endeavors.

Going forward, development status of future CIPs are as follows:

Counterparty is a community funded project which progresses solely through the generous time and monetary donations of others.

We discuss these CIPs in length in our previous Counterparty hangout, notably CIP 13.

Please visit our donations page to stay up to date on the current bounty and development status of any CIPS, and consider making a donation to support their continued development.

Alternatively, please share or RT Counterparty CIPs on social media so we can help fulfill them faster!

In more, exciting news, our Counterparty hangouts are scheduled to happen more regularly. Please stay alert on all of our social channels as to when the next Hangout will be scheduled! However, if you are unable to join us, it will be posted on Counterparty.io shortly thereafter.

We ask that all media inquiries are forwarded to, and any media outlets contact press@counterparty.io.

If you have a project that utilizes the Counterparty protocol that you’d like to let us know about, please email projects@counterparty.io.

Disclaimer: This newsletter is sent as an informational piece, and no part of it should be taken as financial advice.