Counterparty’s March update holds some exciting news for web-client users of the protocol, alongside some new developments from projects in the community!

Spells of Genesis released the beginning of a new series of campaigns this past month. Joining their seasonal leaderboard campaigns, February expanded the Askian universe for Spells of Genesis players with the Fair February campaign.

The first of many monthly campaigns to follow, the reward heavy level following the current Dark creator ‘finale’ level of the game, offered higher cards and gold rewards to name a few of its perks. A new campaign with new prizes will be released each month. 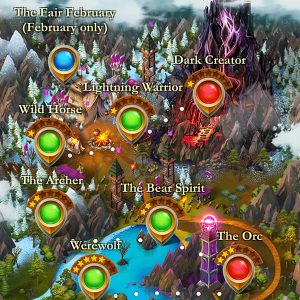 Also, as part of their giveaways in the month of February, Spells of Genesis issued a ‘‘BADROMANCE’ card on Valentine’s Day, with a limited supply of 400 units. 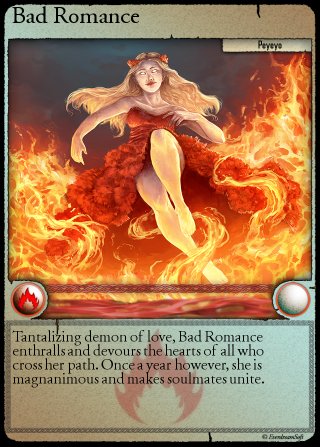 In another progressive move, Spells of Genesis also recently signed with games publisher EGG (European Games Group); moving on from their previous publisher Channel 4 games. In a statement on EverdreamSoft’s Forum, Shaban Shaame – CEO – writes, “They are committed to investing a good amount of time and money into game motoring and user acquisition. We are very confident this new partnership will give the push SOG deserves on mobile stores.”

Book Of Orbs celebrates the launch of its highly anticipated web app, which was released yesterday for beta testing. Available to all users, the app optimizes the iOS and Android API experience with the inclusion of a user leaderboard and RBF (Replace by Fee) function. The web app also has the benefit of being updated and streamlined with a quicker turnaround – forgoing the boundaries and limitations set by app store policies.

It is important to note that users can also login securely whilst skipping the 12-word passphrase login (should they choose) by linking to their Indiesquare wallet via the web client’s inbuilt QR code. 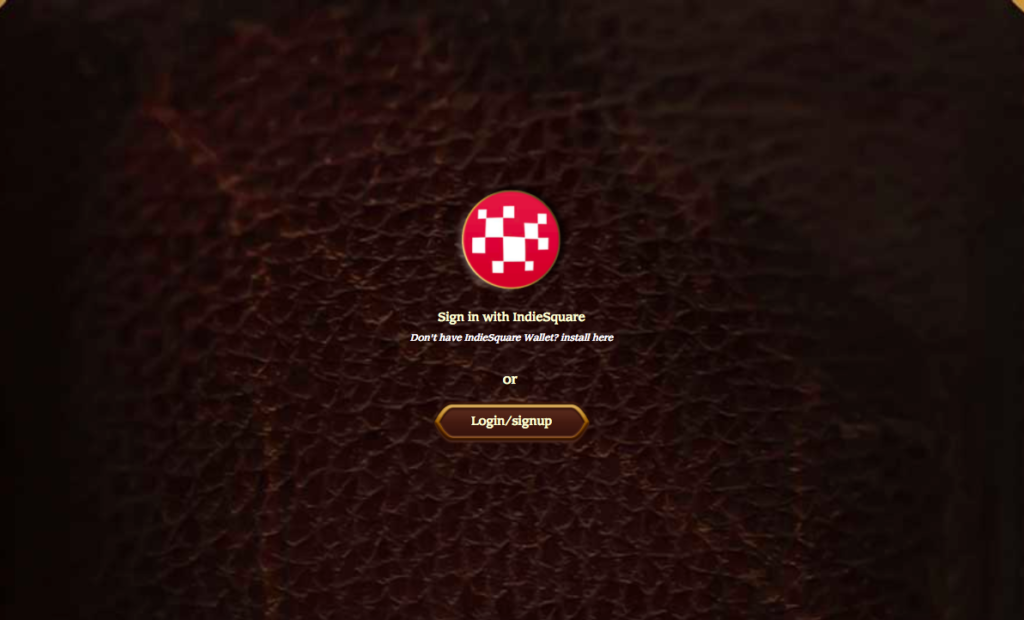 The Book of Orbs web application is also one of the first moves for the project since becoming a part of EverdreamSoft’s BitCrystals Ecosystem. BitCrystals is presented as “the blockchain publishing arm of” EverdreamSoft, with Book of Orbs thereby being a massive part of this project (where it once originated as Project Orb). In a move by EverdreamSoft to streamline and maximize its current projects, as well as pursue new projects using Blockchain technology, BitCrystals will also be providing APIs to developers with the tools to integrate token economies in games. You can read more about this here and view the BitCrystals roadmap here.

We may see $MAGICFLDC finally gaining a use case in #SpellsofGenesis gameplay. This game asset was only obtainable through #mergedfolding with #Foldingcoin! #blockchain #indiegame players helping to cure diseases by running @foldingathome models with their spare computing power. https://t.co/h42uTv7dvR

EverdreamSoft also has plans to develop a new cross-blockchain game with more details to be announced later this year.

Augmentors follows true to form this month with many updates for the community. The first, notably highlights how the Augmentors project has been continuing development with a focus on ensuring scarcity and uniqueness.

In their mechanics update – published via medium – the Augmentors team note that they have ensured scarcity by issuing creatures (sold as part of the ICO) in a limited supply only. They note that this will apply to all creatures in the game, except for the five starting creatures players will encounter upon downloading the game. In blockchain terms, each creature will have a non-fungible token that can be seen on any block explorer. However, whilst this was initially a counterparty token, Augmentors recently made the decision to move this aspect to the Ethereum blockchain, whilst keeping the Databits Economy of the Game on the Bitcoin Blockchain.

A review of the Augmentors development can be read here.

FoldingCoin continues to progress following the full-time commitment of Founder Robert Ross. Following their February hangout, the team announced that they have also brought on two full-time developers; one of which will be the newly assigned director of the project – allowing for a new level of expertise to be brought to the FoldingCoin project. A roadmap is also due to be released shortly.

Whilst development continues on finalizing video tutorials and repairing merged folding with Spells of Genesis, the FoldingCoin team is excited to have announced the Shortstack campaigns wherein Folders can win Amazon gift cards or BTC.

FreeWallet, an open-source wallet supporting counterparty and bitcoin has recently released version 0.9.6 of their Desktop Client. The wallet which allows users to send and receive BTC and tokens, as well as issue and create tokens with multi-address support works across all platforms and browsers. This latest version of FreeWallet includes bugfixes and improvements that notably include the addition of the DEX – Decentralized exchange interface.

Xchain, a Counterparty blockchain explorer, recently announced via Twitter, the addition of a markets interface on its site. Users will now be able to gather information from over 7000+ markets trading on the decentralized exchange.

Happy to announce the release of the 'Markets' interface to https://t.co/fxQHnWdgKg. #Counterparty users can now easily see market price, order book, trade history, and more information on the over 7,000+ markets and trading on the Counterparty Decentralized Exchange (DEX)! #XCP pic.twitter.com/cxQrk7zi2a

Counterparty in the News:

The guide highlights a key difference between Counterparty and many other cryptocurrencies.

As author Zane Huffman writes, “while many cryptocurrencies exist as competitors to or as evolutions of the bitcoin protocol, there are other initiatives that instead seek to cooperate and bolster the pioneer blockchain”. Citing the Counterparty protocol as that initiative and one of the ‘oldest’ and ‘most profound’, the guide is concise in outlining Counterparty as both a peer-to-peer protocol and a decentralized exchange using XCP. Providing some backstory on the project, the article moves on to explain how users can create tokens using the native XCP token with some notable mentions of Rustbits, BitCrystals, Databits and of course, Pepecash and the applied use of rare art.

The article goes on to mention other projects in the community and other use cases such as CoinDaddy – a domain registry – and FoldingCoin. While moving on to speculate Counterparty’s future, the article is both in-depth and concise for newcomers and blockchain conversationalists. To read more, check out the article here.

Another article via Motherboard continues to speculate on the Pepecash economy through an interview with PepeCashMillionaire, who lives on a yacht he bought with the cryptocurrency.

The article discusses the volatility of the cryptocurrency exchange and the premise of the rare art market. You can read more here.

Following this discussion, an interview with RarePepeWallet creator Joe Looney was published today discussing the origin of CryptoArt and its market. Check it out below:

Spells of Genesis also made news last month when an interview with Spells of Genesis founder Shaban Shaame was published on GamesIndustry.Biz. The article goes into further detail about Spells of Genesis’ newest ‘blockchainization’ feature, that allows players to turn in-game assets into blockchain ones. Alongside this, the discussion becomes a framework for an even lengthier discussion about Blockchain technology; drawing comparisons to initial perceptions of the world wide web. To read more, check out the article here.

The Counterparty community should still remain cautious following reports last month of numerous fake Counterparty facebook accounts circulating phishing scams to unsuspecting members of the community. These pages can appear legitimate with the use of the Counterparty logo, or alternatively will clearly mark themselves as unofficial. Please be warned that these pages are often tagging user profiles or sharing your private material in order to promote a fake refunds scheme on behalf of the now-dissolved Counterparty Foundation. Please do not click any links and report the page where possible. Counterparty users should only use wallets linked from the Counterparty wallets page.

If you donated to the general fund address and would like to request a refund, please note that the 60-day period for requesting a refund via refund@counterparty.io is due to come to an end on March 4th.

Due to recent events, ETAs for all CIPs have been delayed and any new ETAs should always be considered tentative. Counterparty is currently exploring the recruitment of a few potential developers and we welcome the support of any other willing developers that would like to review the status of CIPs on GitHub and reach out to Counterparty to work on CIPs for bounties.

Going forward, development status on future CIPs are as follows:

CIP 10 and CIP 6 are subject to peer review and unfortunately, the tentative ETA of mid-February has been pushed back. There in no ETA at this time for CIP 15 (segwit) until there are more developers onboard, though it is welcome for review. You can stay up to date with current and future CIPs, as well as links to relevant GitHub pages via the Counterparty donate page.

P2SH data encoding will allow Counterparty to utilize more space for transactions. CIP 6 will be beneficial to large transactions and is a prerequisite in supporting some of the more advanced send types, such as multi-peer-multi-asset (MPMA) and Multiparty Counterparty Aggregate Transactions (MCAT).

Multi-Peer Multi-Assets sends will allow many assets to be sent to many peers in a single transaction, simplifying batch transactions, and reducing transaction fees even further.

Enabling Segwit support within Counterparty will enable users to spend less on transaction fees and enables potential future enhancements. Updating Counterwallet will allow users to choose if they want to send assets to a segwit enabled address or a traditional address.

CIPs planned for release this year:

CIP 13 will also allow Counterparty users to utilize MCAT nodes, to send assets across the Counterparty Network, and pay for the transaction fees in an asset other than BTC.

Counterparty is an open-source, community-funded project which progresses solely through the generous time and monetary donations of others.

Again, please visit our donations page to stay up to date on the current bounty and development status of any CIPS, and consider making a donation to support their continued development. Alternatively, please share or RT Counterparty CIPs on social media so we can help fulfill them faster!

Counterparty hangouts are scheduled to happen more regularly. Please stay alert on all of our social channels as to when the next Hangout will be scheduled! However, if you are unable to join us, it will be posted on Counterparty.io shortly thereafter.

We have also recently opened up a press channel for any media inquiries and would ask any media outlets to contact press@Counterparty.io.

Disclaimer: This newsletter is sent as an informational piece, and no part of it should be taken as financial advice.