On June 1st, Storj attended Decentralized and Encrypted in Berlin, Germany. The Blueyard Capital event was self-described as “The mission to upgrade the internet & an open conversation with Edward Snowden”. Storj’s Shawn Wilkinson gave a presentation titled “A decentralized vision of object storage”. A video of the presentation will be made available by the event in about a week.

Storj put an update out on June 2nd titled “How Storj is increasing security exponentially”. It is an important piece from the Storj team and I recommend reading it in full. 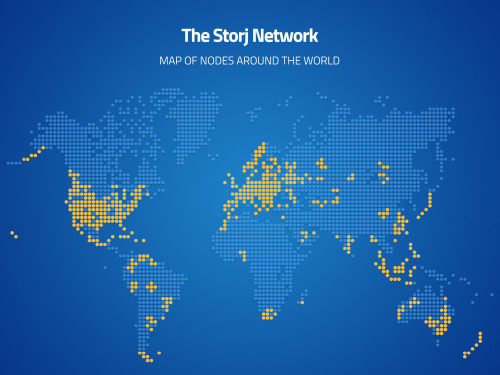 Congratulations to the GetGems project on reaching their final funding milestone. GetGems upgraded to Android version 3.0 to comply with Telegram 3.8.1. This update added a “Hide Message Read” function and the ability to change the color theme among other chat and GetGems settings improvements.

GetGems is closing their BitcoinTalk forum in favor of a Telegram channel for general discussion.

“The overall direction for GetGems is to leverage the Telegram ecosystem.”

“Yes, if we receive enough requests from the GEMZ community there is a chance we won’t delist it, ” – Poloniex support

CoinDaddy.io is a service that will be increasingly important as Counterparty gains popularity. CoinDaddy, a company run by Counterparty director Jeremy Johnson (widely known as J-Dog), is similar to GoDaddy with a stated goal as follows: “CoinDaddy is a crypto 2.0 services company that makes blockchain technologies easier to understand and use. Our goal is to help users understand the power of blockchain technologies and provide tools to help them use it today to benefit their lives.”

CoinDaddy is a project that will be covered in detail in a future update.

Several weeks ago Let’s Talk Bitcoin and Tokenly made a podcast titled “Putting the Pieces Together with Tokenly”.

Long-time Counterparty community members Dan Anderson and Dante made a highly entertaining podcast on domains and ventured into domain discussion related to Counterparty for the majority of the podcast. The podcast is titled “Raiders of the Lost Episode” on account of the episode being recorded in April and released weeks later.

Counterparty coverage starts at 16:15 but I recommend listening to the entire episode if you are interested in domains.

Christian Moss wrote an article on Medium about Counterparty tokens leading the digital asset revolution by making in-game assets fungible in the real world and transferrable between distinct games.

Counterparty held a community meeting on June 1st. There are several points of interest from community directors.

Koji Higashi had some thoughts to share about expanding Counterparty’s growing presence in Japan.

“As a quick update from me, my main focus as a community director is to expand the community to more countries and areas in the world, most notably Japan and China. I’m in close communication with some Japanese exchanges for example for CP assets listed and beyond and I’m hoping to report some good news in the near future.”

Matt Young talked about his ecosystem outreach and stated his goals as the following:

1) To get any feedback and feature requests available to us from folks that are using the platform/protocol so that we may improve it.

2) To enlist help from companies in the development of the features they’d most like to see.

3) Keep an open avenue of communication for the projects/businesses built on Counterparty.

Matt can be contacted at matt.young@counterparty.io with any relevant ecosystem or project information.

Trevor Altpeter shared some general information of interest to the Counterparty community.

“I’ll kick it off by addressing Poloniex withdrawal problems. It is something we are aware of but ultimately a problem on their end. Bittrex is an alternative option that is having very few reported problems.”

The Counterparty Slack added a new public channel called “assets-and-domains” in response to requests from several domain specialists in our community.

Counterparty recently passed 50k created assets and we are nearing 500k transactions! An update on this significant milestone will be forthcoming.

Additional information regarding the EVM will be available this week.

Progress continues on P2SH. Ruben De Vries’ P2SH branch has recently been merged into the counterparty-lib develop branch, where it is undergoing some additional testing.

Since the code in develop changes the Counterparty protocol in several spaces, Counterparty will be setting a block number for the changes to go active in the next few weeks. Under ideal circumstances P2SH should be live on mainnet within the month.

Another exciting development update that is close to being finished is a revamped build system that is based on Docker and Docker Compose. The changes do away with the old linux setup script, and make it much easier to get started running the Counterparty software. Full documentation is almost complete and will be released shortly. For a sneak peek, see here.

Ruben has created a demo project to compose P2SH transactions, for testing purposes. Impressively, it also contains the basic components to demonstrate an atomic swap between BTC and XCP! This is an incredibly exciting development that will have more news forthcoming soon. Check out the project here.

In addition, Storj’s @f483 has created a library to implement unidirectional micropayment channels. His work can be found here.