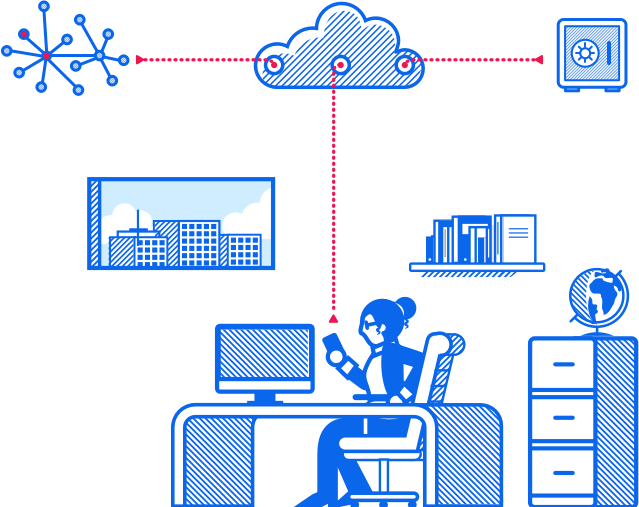 Counterparty extends Bitcoin’s functionality by “writing in the margins” of regular Bitcoin transactions, opening the door for innovation and advanced features not possible with ordinary Bitcoin software.

The Counterparty protocol is open source and extensively tested. Besides allowing users to create and trade any kind of digital token, Counterparty enables anyone to write specific digital agreements, or programs known as Smart Contracts, and execute them on the Bitcoin blockchain. Smart Contracts are a revolutionary technology which opens the door to endless possibilities. By using the Bitcoin’s decentralized ledger network and Counterparty’s built-in scripting language, real-world scenarios can now be transformed into code and executed automatically with no need for an intermediary.

Read the technical details of the Counterparty Protocol >

XCP is used to provide functionality where it isn’t technically possible to use BTC. For instance, XCP is the currency used to pay for the execution of all smart contract code. More generally, XCP represents stake in the Counterparty protocol, and is the voting currency for changes to be decided on by the community.

XCP was created by “burning” bitcoins, which involved sending coins to an unspendable address in exchange for XCP, ensuring an even and fair distribution of the currency. In January 2014, over 2,100 bitcoins were burned, creating about 2.6 million XCP. You can purchase XCP through several exchanges.

Read about the XCP creation process >

Counterparty currently has four different types of wallets: a desktop wallet, a web wallet, a mobile wallet, and a Chrome extension wallet. These wallets provide all of the functionality of the Counterparty’s reference client, while preserving the security of your funds.

When you use one of the Counterparty wallets, all transactions are signed on your device and your private keys are never stored on the servers. All information sent to the servers is first encrypted by the wallet client for maximum security, and every trace of your session is erased when you log out. All you need is your unique passphrase for easy and secure access.

Create and manage new tokens on the Bitcoin blockchain

Distribute profits in BTC, XCP, or any other Counterparty currency